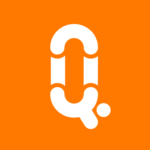 Quickspin Casinos in the UK are not a new phenomenon. Many players in the gambling industry are familiar with video slots from Quickspin. The casino software has promised players that they will deliver games that are of high quality and are innovative. Quickspin is a Swedish gaming studio that has continuously developed video slots for players for a long time. Some of the video slots that are developed have been offered to players for free play.

Quickspin has already some of the best gaming titles in the industry. The team of Quickspin is made up of people who have gaming experience gained from working at other casino software providers like Net Entertainment. Many of the senior members of Quickspin have told media outlets that the production of video slots is taken seriously.

You won’t find a lot of slot video games from Quickspin because they want to produce quality slots instead of constantly releasing several video slots like the big software producers.

Quickspin mainly focuses on producing hi-tech video slots, and every player from any background can enjoy. The Swedish gaming studio has tried to target every facet of the gaming industry. They achieve this objective by targeting different tastes that players might have.

As a player, you may be very aware of the most exciting and big video slot games that have been produced by Quickspin. These gaming titles include Big Bad Wolf, Firestorm, Goldilocks, Rapunzel’s Tower as well as Wild Bears.

There is no doubt that Quickspin knows how to create a game that looks good. But Quickspin has more to offer players than aesthetically pleasing games. The casino software developer has worked tirelessly to ensure that its games are accessible to players with differing skill sets.

You will find that most games have the same interface so you won’t be confused when you are navigating the game. The majority of the games that are created by Quickspin have a quick loading time, so you don’t have to struggle with waiting for the graphics to load.

The headquarters of Quickspin is in Stockholm, but the software provider has a few foreign gambling licenses that allow them to operate in different countries. One of these licenses includes one from the Alderney Gambling Control Commission. So, if you are a player that is interested in playing Quickspin video slots, then you can play confidently because your money is safe. The casino software developer is regularly checked by independent organisations such as Technical Systems Testing and eCogra.

Quick spin was even able to develop a good relationship with many casino sites in different countries, including Britain. This relationship would not be possible if the quality of the games it provided were not up to standard. The software provider also received a few nominations from various awards in the gaming industry. This includes award nominations from the EGR Business-to-Business (B2B) Awards in 2014.