Fianna Fáil has promised Irish citizens that they will ban the use of credit cards for gambling transactions. It has also pledged to create a gambling regulator in Ireland if they are elected the governing party. The Irish Republican political party has further promised to impose the “whistle-to-whistle” wagers when they are elected. This week, Fianna Fáil introduced to the public their policy paper where strict measures were outlined regarding gambling advertising.

There was also information on how to limit the deals made between professional sports clubs and gambling operators. The new regulator that they plan on establishing will mainly monitor and control the gambling industry in Ireland by the end of 2020. However, all these promises are predicated on receiving votes allowing the party to form part of the government.

Jim O’Callaghan, the spokesperson of Fianna Fáil, launched the policy earlier this week. Lisa Chambers and Mayo TD also joined in the launch of the policy. As we all know, Ireland currently doesn’t have any legislation concerning gambling. 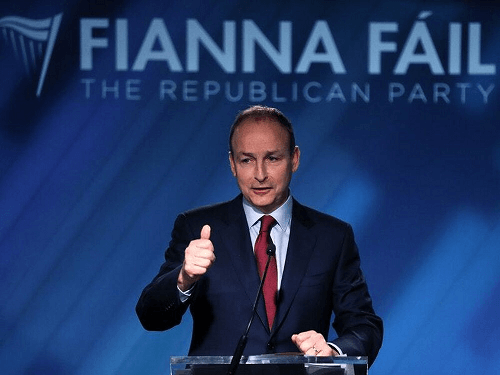 A research study from the UK has indicated that one in five people use credit cards for gambling. This means that they are gambling with money that does not belong to them. The fact that online gambling operators offer their services 24/7 does not make things easy. In addition to establishing a gambling regulator in Ireland, Fianna Fáil told the media that the watchdog would be funded by the levy that would be imposed on gambling operators in the country.

Gambling in Ireland has become a problem for both young people and adults. Children are even being lured into gaming using multiple platforms like online video games.