Stricter gambling regulations have been called for in Ireland. Many anti-gambling campaigners have called for Ireland lawmakers to follow the UK and impose stricter gambling regulations. It was just days ago that the UK revealed that it would ban credit cards from use at online gambling sites. The UK has been implementing measures to ensure gambling addiction is mitigated in the country.

This new credit card ban that has been implemented by the UK will also affect residents of Northern Ireland. 2,8% of Northern Ireland citizens have a problem with gambling addiction. In the Republic of Ireland, 40,000 people suffer from gambling addiction. Ireland does not have a regulatory organisation that governs gambling in the country. People are allowed to use credit cards when making gambling transactions. The UK has found that 22% of its residents using credit cards have been found to have some problems with gambling. It was also further revealed that 24 million people in the UK use gambling facilities. Of that 24 million, 800 000 people use credit cards to gamble. Many anti-gambling campaigners have described this practice as using money they don’t have. 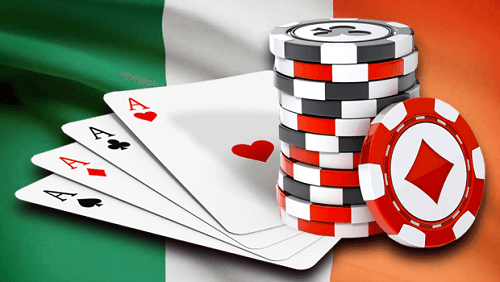 Problem Gambling Ireland is the only independent body that provides advice for those who struggle with gambling. The founder of this organisation, Barry Grant, told the media that it is quite common for people in Ireland to use credit cards for gambling. He further shared that this is one of the ways that people get into debt. He said that many people usually use their credit cards when they are chasing their losses.

Due to the use of credit cards, these people were not able to stop gambling. It is also quite easy for people to receive credit cards as opposed to other banking products. Grant further told the media that many people came to his organisation for advice after accumulating a lot of gambling debt.

The Republic of Ireland Preparing for Stricter Gambling Regulations