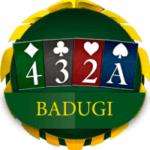 Badugi poker is a variant of draw poker with the goal of getting the lowest four-card hand possible. While Badugi shares many similarities with Lowball, the differences are significant. For instance, the hands are ranked differently.

So, read this comprehensive guide to learn about online Badugi poker rules, hand rankings, and odds. Plus, we’ll recommend the best Badugi sites to visit.

You need to know is that a hand in Badugi poker is known as a “Badugi.” Plus, Badugi is a draw-card game. Two to eight players can play the game using a normal 52-card pack like all draw games. The number of cards is ranked from low (Ace) to high (King).

No one knows where the game originated from, but there are speculations. Some believe the name is derived from the South Korean name “baduk,” which means “black and white.” In contrast, others believe that it came from North America, where players played it as an “offsuit Lowball” in the 1980s. Similar games were played in Toronto.

If you have been to Vegas, you might have heard stories that Badugi came with Paul “Eskimo” Clark, the professional poker player. Legend has it that he learned the game when he was in Vietnam for his military service. 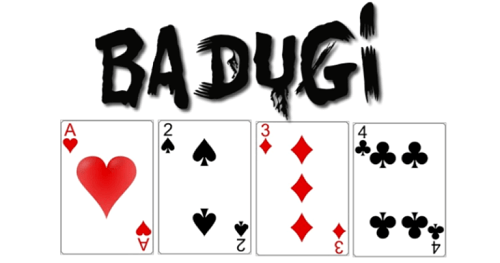 How to Play Badugi Poker Game

When everyone has wagered the player with the best Badugi will win the prize.

As a player, it’s important to think about your position. For example, the player who wagers last is able to gain knowledge of what hands other players have based on the cards they have exchanged. If a player does not exchange any cards in the drawing rounds should indicate to you that they have a good hand.

Exchange three or more hands if your hand is weak in the final drawing round. You need to remember that Badugi is played with pot-limit, limit, and half-pot limit betting because they affect your payout.