Rob Howley May Be Banned from Rugby for Betting on Sports

Rob Howley was found betting on various sports teams, including his own. Former Wales’ back coach’s suspension has been backdated to the 16th of September 2019. This was when he decided to withdraw from the club’s World Cup campaign.

It was found that Rob Howley placed a total of 363 wagers from November 2015 to September 2019. These bets were placed on 1,163 matches in four years. The evidence revealed that Rob Howley used his Welsh Rugby Union phone as well as his email account to place bets. Less than a week before Wales was to play its first match in the Japan World Cup, Howley, was sent home and replaced with Stephen Jones.

When the back coach was sent home, he had been part of Warren Gatland’s backroom staff for over a decade. When the betting allegation surfaced, the Welsh team was forced to take immediate measures against Rob Howley, which led to him taking leave from his active role. 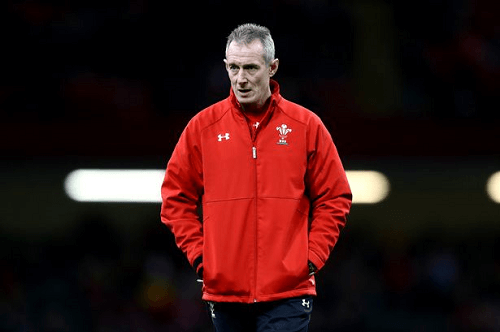 When the allegations were brought forward, there was an immediate internal investigation that was conducted. The investigation found that Howley lost £4,000. However, he did not make any financial gain from the wagers he placed on his team and team members.

The World’s Rugby regulation states that no person connected to a particular sport is permitted to directly or indirectly place wagers on sports matches. Rob Howley was suspended for violating the World’s Rugby regulation. Rob Howley admitted that he had placed a total of 24 bets that were connected to rugby. However, he also admitted that his team members were not aware of the bets he had placed on the games they played.

Rob Howley told the investigators that a family tragedy had occurred, and that was the reason for his sports betting hobby. World Rugby considered his family tragedy as a mitigating factor when deciding his punishment. It also helped that he took accountability for his sports betting earlier. He was also found not to have been dishonest about his violation during the investigation.