Knowing the biggest casino win online is a motivating factor for many novice gamblers. Plus, the games at casinos on the internet are entertaining and exciting. The more games introduced to the market means the more opportunities players have to win big.

Essentially, that means that you can play more innovative slot games, video poker games and many table games and win big.

While a good quality game at internet casinos is mandatory, the main aim of playing these games is to win. We know that you have heard of players whose lives were changed by simply playing progressive slots.

You may even believe that the same might happen to you. Well, we believe that too. So, we are going to tell you about the biggest casino wins that happened in the past 5 years. This should give you some motivation to continue playing because lady luck may very well be on your side. 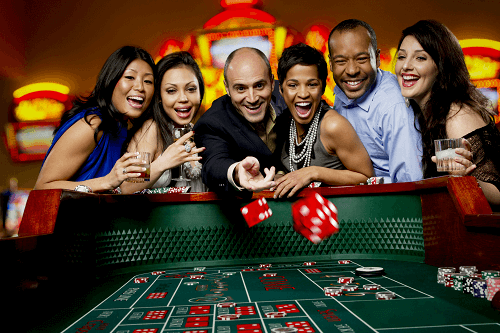 A lot of people don’t believe that they can win a large sum of money while paying slots until they see other players win.

In recent years, the biggest casino win has been £13.2 million from a progressive slot game. Jonathan Haywood was a soldier who had return from a tour in Afghanistan when he won his million in October 2015.

He told the media that he would use his winnings to fund his father’s treatment. You don’t have to deplete your bankroll to hit a jackpot. For example, Jonathan only bet 25p on Mega Moolah when he hit the jackpot.

In 2018,an anonymous player exceeded Jonathan’s win on Mega Moolah winning £18.9 million. The player had wagered 75c on a spin when the win happened.

The Mega Moolah slot game was not the only progressive slot that yielded a big win. There have been others where players won life-changing money.

He went to the kitchen and when he came back, he realised that he had hit the jackpot. At the time Casumo Casino had never had a win of such an amount.

So, you can enter poker tournaments and win big while playing. Don’t think you have to play one specific type of game to win.