What is the Best Strategy for Picking Lottery Numbers?

Every player has a way of choosing lottery numbers.  Some players enjoy analysing previous draws to see if they can spot patterns. At the same time, others use their Zodiac signs to choose the numbers. No matter which method you choose, the draws are always random.

However, there are ways that you can use to ensure that you have an edge. Lottery strategies help when you can’t choose numbers on your own. Below we have a few tips for choosing lottery numbers. 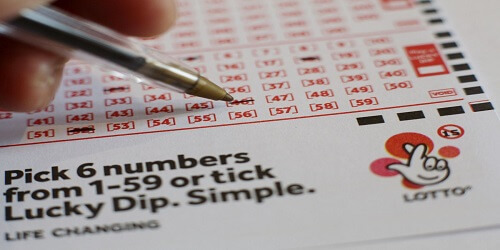 Top 10 Tips for Choosing Lottery Numbers in the UK

When you study the Lottery numbers, you look at previous draws to see if there is a pattern. This method involves noting down the balls that come up often. The best thing about this method is that there is a lot of information. That’s because a lot of people are passionate about the lottery.

However, keep in mind that there’s no mathematical reason why some numbers are drawn most frequently over others. Some numbers appear to be hotter than others. All the lottery numbers have the same chance of being drawn. It doesn’t matter how many times it has appeared. Studying lottery numbers is time-consuming, but you can try it out if you have the time.

2.      Use Numerology to Predict the Lottery Numbers

If you believe in the power of the universe, then you can use this method to choose your lottery numbers. All you need to do is calculate the numbers that have meaning to you. There are a lot of resources out there that help with calculating your superior numbers.

Most people that play the lottery have lucky numbers that they have used once or twice before. For example, you might like the number 10 because it’s your birthday. With this method, all you need to do is choose numbers you like and use them in the next draw.

You can do the same since the lottery is a game of chance, and all the numbers are chosen at random. Write down the first number you think of, and you have one of your first picks. However, there are other ways to choose numbers.

For example, you could place a piece of paper on the table, close your eyes and drop a pin on the paper. Whatever number the pin lands on will be your next pick for the lottery draw.

While this method may not guarantee you a win, it may help you get more when you hit the jackpot. Many people tend to use low numbers because they are anniversaries or birthdays. That means players don’t choose numbers over 31 often. So, there is less chance of someone else hitting the jackpot with the same numbers as yours.

Looking at your lottery ticket, you might notice that the numbers form a pattern. So, you can choose numbers by drawing on the ticket. You can draw a circle and choose the numbers that fall in that circle.

Alternatively, you can draw a huge 3D number on the ticket and choose numbers in that drawing. The best thing about this method is that there are no limitations to the patterns you could draw.

Some players use systems to choose their lottery numbers. Conclusion: Many websites with systemscan help improve your odds of winning the jackpot. Because of the random number generator, no system can accurately predict numbers. However, some players have found that this method worked for them.

8.      Use Quick Pick to Choose Your Lottery Numbers

If you don’t have time or the energy to choose your numbers, you can let the machine choose. Many lotteries in the UK allow players to get random numbers from the machine. Just choose the quick pick option, and you’ll receive your numbers for the next draw.

Some players believe that letting the machine choose will ruin your chances of winning. However, the lottery is a game of chance. Whatever method you use will have the same chance of winning or losing.

Some players believe that choosing consecutive numbers won’t work because the machines don’t choose that way. Studies have revealed that 70% of jackpots have sums under 104 and 176. So, with this method, you need to choose numbers at random. Or you can use some mathematical system to select the numbers.

10.  Don’t Choose Multiples of a Number

You’ll notice that the lottery tickets have rows with the numbers in multiples of five. So, make sure that you don’t choose numbers that are multiples of a certain number. Most players think that these numbers are unlikely to appear in a single draw.

Whatever method you choose, lottery numbers, you have the same chance of winning the jackpot. You won’t find a strategy that will guarantee you a win. However, these methods help when you don’t have a way of choosing numbers.