Woman Imprisoned after Stealing £35,000 for Gambling

A woman was imprisoned after she stole money from her workplace to feed her gambling addiction. Leanne Gouldthorpe (34) is said to have lost an average of £1,000 a day from gambling. She stole a total of £35,000 from her work.

The mother of one was an accounts manager at a logistics company in North East Lincolshire. She had been working at the company for just 10 months when she started stealing.

In court, the judge heard how she did not have any convictions before this one and she was suffering under the power of gambling addiction.

She mostly gambled at online gambling websites where she would lose an exorbitant amount of money.

The court also heard that the money would not be recouped because it was lost forever to the gambling websites.

Leanne’s stealing caused huge problems for the logistics company where she was employed.

The court decided to jail Leanne Gouldthorpe for two years and 8 months. This is even though she pleaded for a suspended sentence.

Her lawyers described her as a single mother who was loving and caring. Leanne has an 8-year-old son whom she has been taking care of since her partner left her when she was pregnant.

The gambler admitted the fraud and the false accounting that she was accused of in court. She further confirmed that the theft and fraud happened between February and December 2018 while she was working at the head office of the company in Grimsby.

Gouldthorpe tried to cover her crime by making false records of VAT payments and the money she stole came to a total of £346,535. 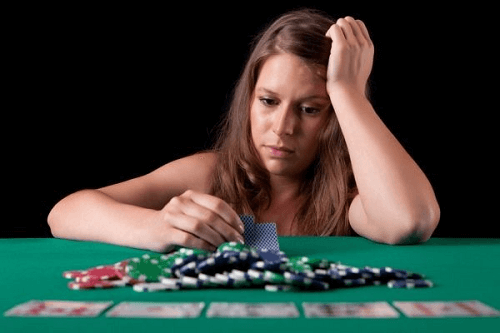 Gouldthorpe’s lawyers argued for her telling the court that her gambling started when she met a gambler and the gambling addiction took a hold of her.

Her lawyer, Andrew Bailey, said that her gambling addiction was the reason behind her crime. He further told the court that she lost everything because of her gambling habit, even her savings.

She started stealing money from her workplace after her friends and family had lost trust in her when she had borrowed too much money from them.

Mr. Bailey further told the court that she could not stop gambling and her problem should be equated to an addiction to Class A drugs.

In her naivety, Gouldthorpe thought that she would be able to pay the money back. In fact, she did not even know how much she had taken from her company.

Bailey told the court that gambling addiction prevented her from thinking about the consequences of her actions.