Online Casinos UK » What is the Easiest UK Lottery to Win?

What is the Easiest UK Lottery to Win?

Every human being has fantasized about winning the UK lottery, and the United Kingdom has some of the best lotteries in the world. The lottery gets the nation excited whether you play it regularly, buy a ticket every so often, or prefer online bingo to the UK lottery.

The National Lottery used to be the only draw to choose from, but now there are different draws, and with jackpots ranging from £100,000 to over £100 million, which one should you choose?

For decades, people have asked, “How can I improve my chances of winning the lottery?”. You can decide which major lotteries are the easiest to win by comparing our breakdown of the most popular ones. 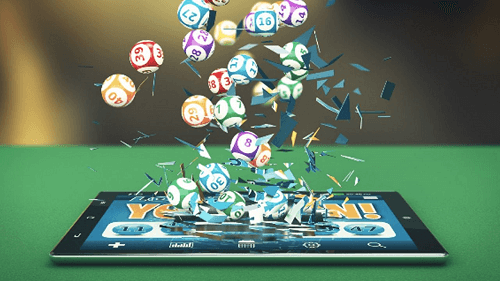 When: Tuesdays and Fridays

Jackpot odds: one in 139 million

A huge amount of money can be won playing Euromillions, and so many people like to play. The maximum jackpot in the United Kingdom is €190 million (£166 million), the largest jackpot in the world.

There aren’t very many opportunities to win since it’s played throughout Europe, 1 in 139,838,160. With this in mind, it is by far the most difficult jackpot to win. However, you can still win a prize if you match two numbers instead of three, although your £2.50 ticket will only earn you a profit of 80p.

When: Wednesdays and Saturdays

Lotto is the top lottery in the UK, with close to 45 million tickets sold in each draw. Buying lotto tickets online is just as easy as playing casino games online. Over 4,000 people have become millionaires since Lotto was launched in 1994, with the largest jackpot in 2016 amounting to £50.4 million.

There has been an increase in the odds of winning the jackpot since 2015.  This happened when the jackpot numbers increased from 49 to 59. There is, however, now a chance of winning something if you match two main numbers as part of the Millionaire Raffle.

If you want to hit the big jackpots, the Lotto is the way to go, but you’re also not likely to win anything.

When: Tuesdays, Wednesdays, Fridays, and Saturdays

There’s a good chance that if you play Thunderball, you’ll win a prize more than any other on this list. You’re likely to compete with fewer people in the UK since Thunderball is limited to £500,000, and they’ve only played four days a week.

Thunderball also has the appealing feature of never having to split the jackpot with other winners. Playing the Thunderball is also one of the cheapest lotteries available, with a line costing just £1.

While you’re unlikely to win the million-dollar jackpot, you’re more likely to win the Thunderball, and if you do, the money is yours to keep. Playing at a no-wagering bingo site may be more advantageous to you if you care about keeping your winnings.

It’s the only lottery not owned by a government. The contest consists of 51 local societies representing a variety of local authorities throughout Great Britain. The purpose of this lottery is to raise funds for causes related to health across the country.

Every five days, drawings are held with a prize of at least £10,000. All sales of tickets are included in the top prize. You stand a 1 in 2 million chance of winning if you play this lottery. Remember, though, that the jackpot varies based on how many people are playing on that particular day.

When: Draw every Saturday and Sunday, jackpot every month

Unlike the other lotteries on this list, you cannot choose your numbers to play the People’s Postcode lottery. Your postcode instead enters into every draw. (You can see celebrity-filled TV advertisements for confirmation).

You automatically enter daily, weekly, and monthly draws when you register and pay your $10 per month subscription. In addition to supporting good causes across the UK, the People’s Postcode Lottery also donates 32% of every ticket to charity.

On Saturday and Sunday, you can win £30,000 in the £1,000 daily prize drawings. The number of people playing in your postcode does not reduce the prize value, so everyone living in that postcode gets the prize.

Easiest UK lottery to win the jackpot: The Health Lottery (1 in 2 million)

Biggest jackpot: Euromillions (up to £100 million)

Easiest lottery to win any prize: Euromillions & Thunderball (1 in 13)

Since we now know that the National Lottery has the best odds, we can reduce our expectations of winning big by not playing Lotto. It’s also important to remember that the odds of winning big are still less than some of history’s improbable events.