The government of Japan will soon launch a casino commission. The government has recently put forward some names that it wishes will form part of the casino management commission. According to media reports in Japan, the list includes names such as Michio Kitamura, who was once an inspector of general legal compliance in Japan’s Defence Ministry.

According to the ordinance adopted by the Japan government, it is possible that the casino commission will be launched on the 7th of January 2020. There are other nominees for the casino management commission that will be launched soon. These names include Hiroyuki Ujikane, who once was the chief of the Nagoya Regional Taxation Bureau and Noriko Endo, who is a professor of the graduate school at Keto University. Michiko Watari, who is a psychiatrist, was also part of the names that have been put forward for the commission.  Tateshi Higuchi is also one of the people who has been pegged to become a part of the meeting. Higuchi was a superintendent general of the Tokyo Metropolitan Police Department. 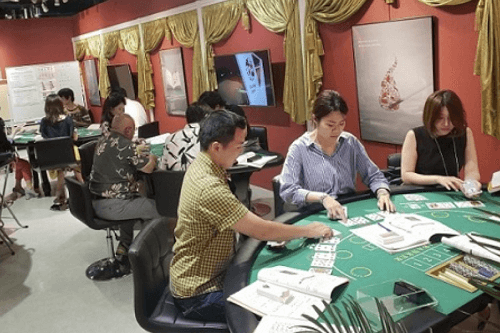 Casino Commission Candidates to Be Approved by Parliament

Before the casino commission can be formed, there is a step that needs to be taken. Japan Parliament, known as the Diet, will have to approve all the nominations before they can be appointed for the commission. On Wednesday the names of the possible casino commission were submitted to parliament.

The government is hoping that the process of approving nominations will be completed in the current parliament session. The session is scheduled to end on the 9th of December. The people that will be chosen for the casino commission will have to be in office for five years.

One of the things that the casino commission is going to be in charge of is the security, probity as well as the background checks that will have to be conducted. The casino management commission will have to oversee the Integrated Resort (IR) operators in Japan. The commission will also have to come up with strategies to help combat gambling addiction.

In the first phase of the market liberalisation, Japan is going to allow three resorts to operate. However, the government has not revealed a comprehensive basic policy for IRs. This policy is expected to be announced in the first quarter of 2020.